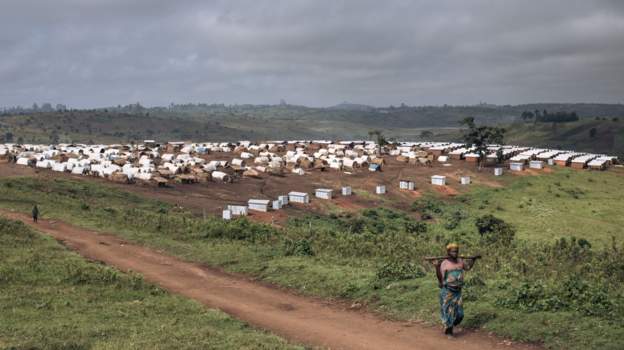 At least 22 people have been killed in an attack in a camp for displaced people in Ituri province in eastern Democratic Republic of Congo.

The attack has been blamed on the armed group Cooperative for the Development of the Congo (Codeco) who are said to have opened fire on the camp.

Twenty people were buried immediately in two common graves, while another two were buried later, the AFP news agency quoted a Red Cross official as saying.

An attack on the same camp last week killed 29 people.

Ituri and neighbouring North Kivu province were put under a state of siege on 7 May – for the authorities to tackle insecurity in the area caused by armed groups including Codeco and the Allied Democratic Forces (ADF).

As part of the siege, military officials replaced civilian officials who were in charge of the area’s administration.