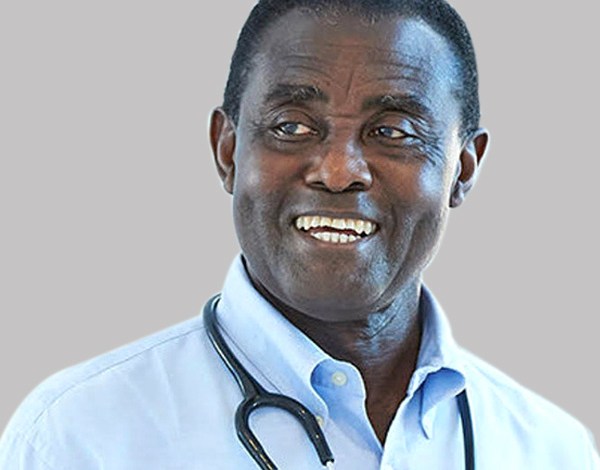 The Vice-President Dr Mahamudu Bawumia has been commiserating with the family of Prof Kwaku Ohene-Frempong, the president of the Sickle Cell Foundation of Ghana, describing his death as a big loss to the nation.

Prof Ohene-Frempong died on Saturday (7 May).

In 2020, he was honoured by the US Department of Health and Human Services with the Assistant Secretary of Health Exceptional Services medal for his contribution to the management of sickle cell disease globally.

“I have received with sadness the news of the passing of my friend, Prof. Kwaku Ohene-Frempong who until his death was the president of the Sickle Cell Foundation of Ghana,” Bawumia posted on Facebook.

“Prof was a highly accomplished, globally renowned and very humble and caring person. He was passionate and committed in his research and practice to helping people living with sickle cell disease.

“This is a great loss to Ghana. My condolences to his immediate family and the Sickle Cell Foundation of Ghana,” Bawumia added.

Wife’s tribute
Meanwhile, his wife Janet Ohene-Frempong told Kwaku Nhyira-Addo on The Asaase Breakfast Show on Wednesday (11 May) that her husband was devoted to Ghana and humanity.

“And the reason I married and the reason I stayed with him for 52 years [we’ve been through thick and thin sometimes], is because I could see from the very start that this is somebody who is truly, truly devoted to Ghana, humanity …and I fell in love with him because of that,” she added.

Listen to Janet Ohene-Frimpong in the attached audio clip below:

The ASH Honorific Awards are the Society’s most prestigious awards, and recognize exemplary haematologists who have made significant contributions to the field and were nominated by ASH members.

Dr. Ohene-Frempong is a world leader in the treatment of sickle cell disease (SCD) and established many of the current practice standards.

For years, he has led the development of SCD treatment centers in the U.S. and globally, including Ghana, his native country, as the president of the Sickle Cell Foundation of Ghana and the national coordinator for the ASH Consortium on New-born Screening in Africa (CONSA).

Additionally, Dr. Ohene-Frempong previously served as a professor of pediatrics at the University of Pennsylvania.
One of Dr. Ohene-Frimpong’s key research achievements was his observation of the frequency of strokes in young children with SCD, and his work was instrumental in establishing bone marrow transplant as a cure for SCD.

At CHOP, he emphasized the importance of education to keep an enlarged spleen, a manageable complication of sickle cell disease, from becoming fatal.

“In 1978, we began teaching parents how to feel for an enlarged spleen, and if they feel it, to call the ambulance to bring their child to the Emergency Department,” recalls Dr. Ohene-Frempong.

“Now, probably 15 to 20 times a year, children come to CHOP with an enlarged spleen that their parents felt, saving all those lives.”

The Henry M. Stratton Medal will be awarded to Dr. Ohene-Frempong, the translational/clinical awardee, during the 63rd ASH Annual Meeting and Exposition this December.