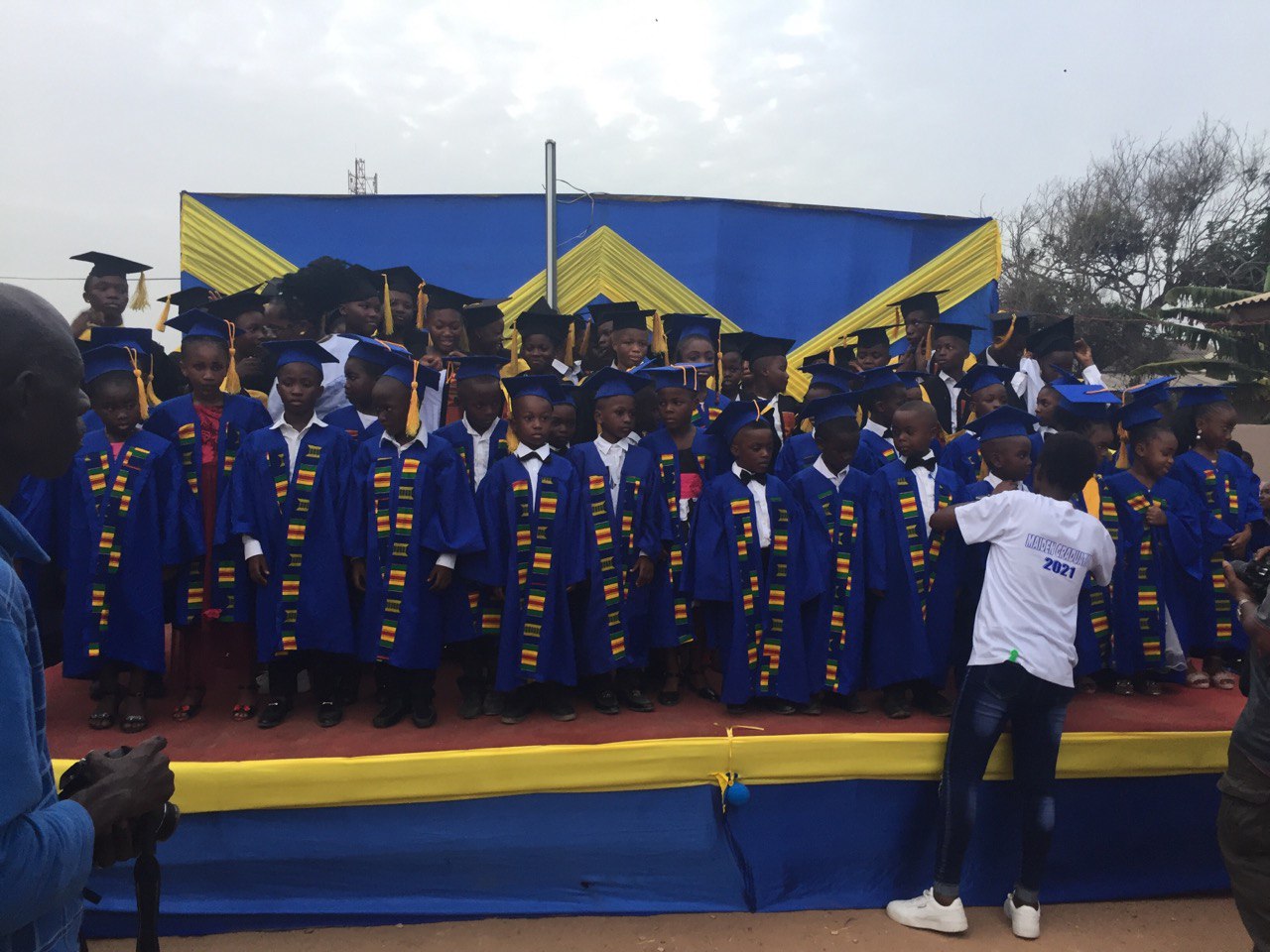 The premises of the Divine Extra Tuition Academy (DETA) along the Ama Badua street in Korle-Gonno became the centre of attraction for many as it holds its maiden graduation ceremony. The august event took place on the 20th December, 2021 brought together chiefs, distinguished educators, professionals, teachers, parents, students and  community folks. The pupils of DETA entertained their audience exceptional performances such as poetry recitals, choreography, drama and dance.

In all seven (7) pupils were graduated from Nursery two (2) to Kindergarten one (1), thirty (30) from Kindergarten two (2) to Primary one (1) and forty-three (43) from primary six (6) to Junior high School putting the total number of graduands at eighty (80).

Mr. Jonathan Anure Quarcoo, founder of the school, borrowing the exact words of the American author, Dean Koontz that “I really believe that everyone has a talent, ability, or skill that he can mine to support himself and to succeed in life”. He believes that, only classroom work cannot make up the individual but with the combination of talents outside classroom work.

Mr. Kwesi Nkum, Chairman for the programme and retired Head Teacher, in an interview with said that the purpose of the event is to market the school, boost the confidence of the children, to inspire other children and to raise funds to appreciate the teachers. He further added that, his prayer is that every child in the community gets educated since the world is going into a progression that when you’re not educated you will be left behind.

Mr. Ayi Ayitey Joseph, an educator and Circuit Supervisor of the Ojoo Circuit, Accra Metro Directorate took the time to educate students and patrons on the grading system in tertiary schools. He took them through the various levels of classes that can be obtained in the university and therefore charged that students strive to achieve higher. He also opined that, it’s time to shift the teaching paradigm from theoritical to a more practical one with focus on Science and Maths.

Nii Ayi Ana Kon Teh I, Ga Abola We Dzaasetse also took turn to speak, he expressed gratitude for making him feel special under such an important event. He stated that, the school was established by one man but it is the responsibility of society to see to the education of its children. He also called on parents to particularly ensure that their wards take their studies seriously.

Profile of the School

The Divine Extra Tuition Academy was founded on the 13th of March, 1995 with only 25 students. DETA now provides a world-class education for over 1,000 students between the ages of three (3) to eighteen 18) years. The primary curriculum of the school is grounded in both the English National and Cambridge Curricula and as well Mathematics and Science. The school has an average class size of 24 members.

The policy of the school is set by the Director (Proprietor) and it is constituted to reflect the international and multicultural character of the school. DETA is among the best new private school system that has been educating children since 25 years now.

DETA is located at a very strategic part of Korle-Gonno on the Ama Badua link which serves the educational needs of nursery, primary and higher school levels. It is also a recognized remedial school in Accra and beyond.

The school that has very high moral and disciplinary standards is also noted for its breathtaking performances in the Basic Education Certificate Examination (BECE) and Private West African Secondary School Examination (Nov-Dec).

It is also excellent in sports and other extra-curricular activities.

The school has the the full recognition of the Ghana Education Service (GES) and the West African Examination Council (WAEC). The school is also part of Association of Private Schools and has relations with other interest groups both in Ghana and beyond.