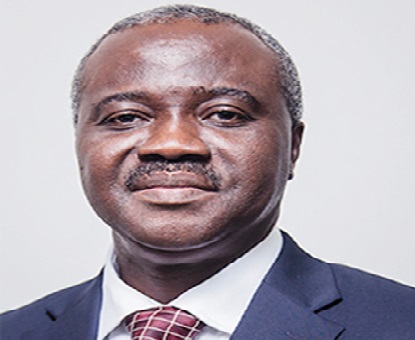 The Vice-Chancellor of the University of Health and Allied Sciences (UHAS), Professor John Gyapong, has challenged the government and its agencies to deploy fresh strategies to strengthen existing measures to stop the spread of COVID-19 in the country.
Prof. Gyapong, who is a public health physician and an epidemiologist, explained that with a new global wave of the pandemic lurking, it was prudent for the country to build a resilient health system, promote pandemic preparedness, and intensify targeted vaccination campaigns.

He said the government should also take steps to address vaccine hesitancy and build resilient informal sector economies to help protect the country against the virus.

At a public lecture on: “COVID-19: Is Ghana out of the woods?” by the Central University in Accra, Prof. Gyapong said the country was not out of the woods yet with regards to COVID-19 and its associated impact.

It served as a platform for participants to interact with the main speaker on challenges and gains made as a country with regard to the pandemic.

New wave
Prof. Gyapong noted that there was a new global wave of the pandemic in omicron BA.4 and BA.5 sub variants, which had so far spread to more than 82 countries with 587,000 new cases as of May 22 this year.


He said following the trend in other previous variants in Ghana, it was crucial for the country to prepare adequately in response to future hikes of the virus as the new variants lurked.

He expressed worry that as vaccination ramped up in the country and cases declined, people were letting their guards down, including those who were not vaccinated.

“This is a worrying situation that needs to be addressed immediately,” he said.

He said with 32 million doses of the vaccine received, about 42 per cent of the population that were targeted had been given their first dose, and only 27 per cent fully vaccinated, with 500,000 booster dose beneficiaries.

“So far, Ghana has received about 32.3 million doses of vaccines from COVAX, Africa Vaccines Technical Team, United States, European Union (EU), among others.

“While European countries, Australia and the United States are doing up to 70 per cent coverage, Africa is still far below 50 per cent average,” he said.

“People are not going for the vaccines, and that is my worry,” he said.

He explained that countries such as the United States, United Kingdom and Australia with high vaccine coverage of up to 70 per cent on average had started experiencing hikes in their COVID-19 cases, and for that reason Ghana with coverage of only 22 per cent may suffer more should the new wave be imported.

He said a new study on vaccine hesitancy had revealed that approximately 30 per cent of health professionals in Ghana would not take the vaccine.

Ghanaian innovation
Prof. Gyapong said the pandemic brought out the innovativeness of Ghanaians which enabled the country to help itself without depending on other countries.

He said people were able to develop hand washing mechanisms, then produced sanitisers, face masks and other personal protective equipment at a time when supply chains had made them difficult to acquire.

He said effective leadership at the highest level was key in managing the pandemic without which the country would have failed.

He added that the government’s swift response to the disease, including partial lockdowns, closure of borders, free utilities for homes and financial bailouts for small and medium enterprises played crucial roles in fighting the disease and its related economic problems.