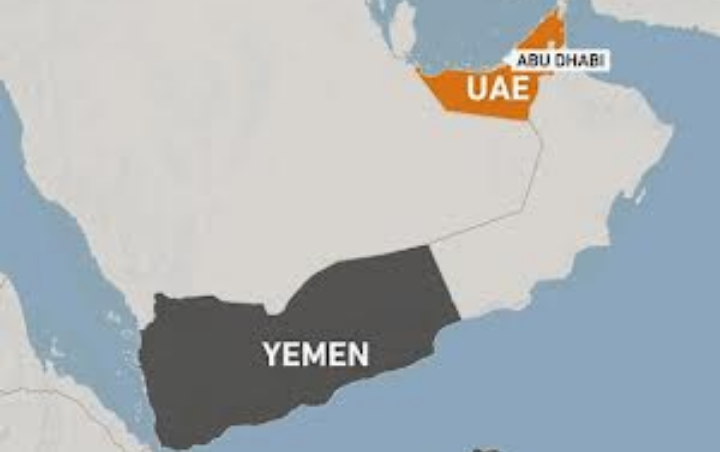 The United Arab Emirates (UAE) has said it has intercepted and destroyed three drones that penetrated the Gulf country’s airspace over unpopulated areas, the country’s defence ministry has said.
“MOD (Ministry of Defence) announces interception and destruction, away from populated areas, of three hostile drones that penetrated UAE airspace at dawn today,” the defence ministry said on its official Twitter account late on Wednesday.
“MOD confirms it is ready to deal with any threats and is taking all necessary measures to protect the state and its territory.”
The Gulf state has faced several attacks in the past few weeks including a third missile attack on Monday during a visit by Israel’s president, drawing western condemnation.
The US deployed Patriot interceptors to thwart, according to White House spokesperson Jen Psaki. The Pentagon later said UAE surface-to-air missiles struck down the incoming missile.
Yemen’s Iran-aligned Houthi movement has claimed responsibility for the last three attacks. The group says it will continue to attack the UAE, the region’s commercial and tourism hub, until it stops interfering in Yemen.
The UAE has significantly reduced its military presence in Yemen since 2019, but it still projects power via large local forces that it has built and armed.
The Saudi-led coalition intervened in Yemen in March 2015 after the Houthis ousted the internationally-recognised government from the capital, Sanaa and most of northern Yemen.
The US said on Tuesday it is sending fighter jets to assist the UAE following the missile and drone attacks.
The US State Department urged Americans last month to reconsider travel plans because of the threat of missile or drone strikes. The UK warned in a travel advisory on Wednesday that “further attacks are very likely”.
While the UAE, which does not directly border Yemen, has not been a major target of attacks by Houthis since 2015 – when it began fighting in Yemen as part of a Saudi-led military coalition – a January 17 attack by the Houthis appeared to signal a distinct strategic shift for the rebel group.
The escalation has raised concerns of a worsening humanitarian crisis in Yemen, where the World Food Programme has warned that more than five million people are on the brink of famine, and 50,000 others are living in famine-like conditions.
Some four million people have been internally displaced during the fighting over the years.