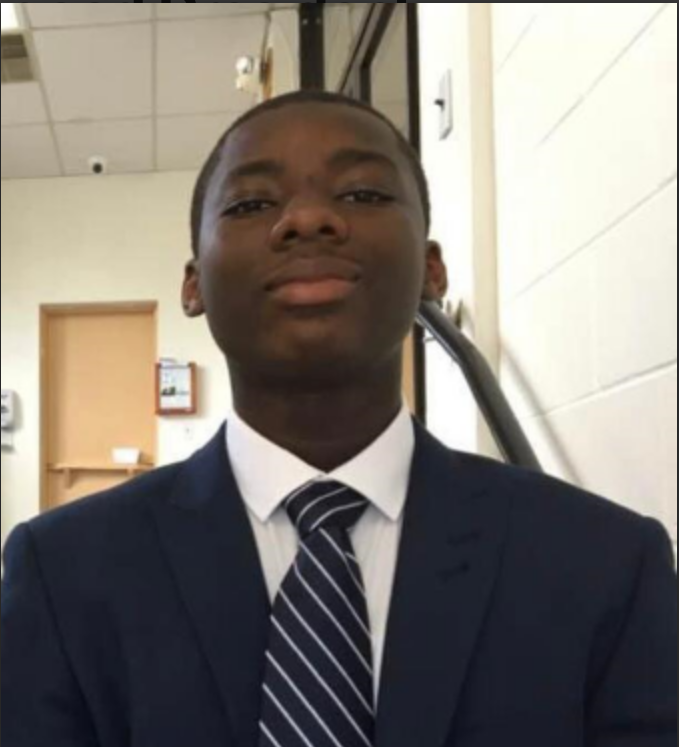 I could stand on top of a soapbox and profess that God had given me a grand vision of Ghana’s challenges being fixed under the master architect, Dr.  Mahamudu Bawumia. That in the vision, Dr. Bawumia had transformed Ghana into a country where students had been given access to tools for excelling. That Ghana’s infrastructural challenges had been fixed and great leaps had been made in the medical and financial field. But that would be a needless vision to have not because it cannot come to fruition, but because Dr. Bawumia has already made those accomplishments without even ascending to the high office of a President.

I think it’s time we take a step back and reflect on why this one humble Economist stands above every other person who will be hoping to have the New Patriotic Party (NPP) candidacy and subsequently become President. We should take these upcoming three years to recognize that with Bawumia at the helm, all of the great things he has accomplished before 2024 can and will be quadrupled if he is made the NPP candidate and Ghana’s President.

Dr. Bawumia has had a career of always being a humble steward to this great country . Every endeavor he has participated in or spearheaded in service of this great nation has yielded positive results. It wouldn’t be wrong to even label him as Ghana’s King Midas. Who else but Dr. Bawumia could have had the genius to propose a Digital Addressing System and successfully implement it? Before this system, if you had a place you wanted to go, you would hope that your taxi driver/ trotro driver knew the area in which you were heading.

We were relying on a frankly antiquated way of traversing across the country- navigating cities was a hassle and if you wanted to send delivery or direct a person to their destination, the person had to become an explorer of the city searching for landmarks. Bawumia’s plan with the addressing system was to eradicate all of that guesswork in terms of navigation in the country. Having the foresight to finally implement such a system means it’s easier for companies that rely on knowing the precise location of places to sprout up. It has also done a lot in terms of making tourism easier which in turn has led to a more streamlined society. Everything is easier if everyone knows where to go and what to look for.

Following up on that thought about streamlining the country, is it not Bawumia who has been working tirelessly on pushing the government’s digitization agenda? It is evident that a digitized country is a free- flowing country. By digitization, the mundaneness of bureaucracy is removed as individuals would not have to wait in long lines to get their hands on their documents. Bawumia’s brilliant work in eradicating all of those hour-long lines has greatly improved the quality of life for Ghanaians.

Going back 10 years or so, was mobile money a thing? Where did this concept of mobile money come from? The ability to send money to and from anywhere in the country in mere minutes reduces the stress. In the rural areas where wifi might not be so readily available, the invention of mobile money has made it easier for persons there to send or receive money by going to a provider’s booth. Mobile money is something that isn’t even available in the United States.

Dr. Bawumia’s record speaks volumes of his dedication to the improvement of the lives of Ghanaians.  He was a key member of the team that was designing and implementing policy initiatives such as the abolition of the secondary reserve requirements and the opening up of the banking sector to competition. His work with this team is what then resulted in a major increase in the availability of credit to the private sector from 12.5% of GDP in 2001 to 28.5% of GDP by 2008. This availability of credit to the private sector is what has allowed for the continued growth of the Ghanaian economy almost 20 years later. We are still enjoying the fruits of his labor.

His work in helping negotiate with the World Bank and the IMF led to Ghana no longer being dependent on the International Monetary Fund in 2007.

He served as a key member of the government technical negotiation team on HIPC which led to Ghana completing the HIPC process successfully with an undeniably historic debt relief of close to $4 billion.

Dr. Bawumia was also heavily involved in the design and implementation of the e-zwich common platform for all banks, savings and loans companies and rural banks, offering interoperability across different financial institutions.

Not to forget his work in the financial sector as the Deputy Governor at the Bank of Ghana and as Head of the Monetary Policy and Financial Stability Department. While he was there, Dr. Bawumia implemented the inflation-targeting framework that continues to guide monetary policy and the workings of the Monetary Policy Committee at the Bank of Ghana. This framework was so well designed that in under a decade, Ghana’s inflation reduced from 40% in 2000 to 10% by 2007.

It is obvious that Dr. Bawumia has accomplished much and sacrificed a lot for the sake of Ghanaians, regardless of their party affiliation. He is a man striving without bending to deliver on a grand vision for this country. A man so incredibly steadfast in his belief for a better Ghana;/

The upgrading of the Tamale Teaching Hospital

What the NPP and Ghanaians need at this very moment is a leader with vision and the ability to clearly execute that vision. We need a man with who will deliver. We need a statesman, not a flaky politician. People sit down and talk on radio shows repeating the same talking points about how “we need to fix the country” while they do nothing to help mitigate the problems that are present in the country but in Bawumia, we have a Statesman that can revolutionize Ghana. Nkrumah said ‘ The black man is capable of managing his affairs’ and that is true, but for the Black man to be able to properly manage his affairs, there needs to be a strong leader and that individual is  Dr. Bawumia.