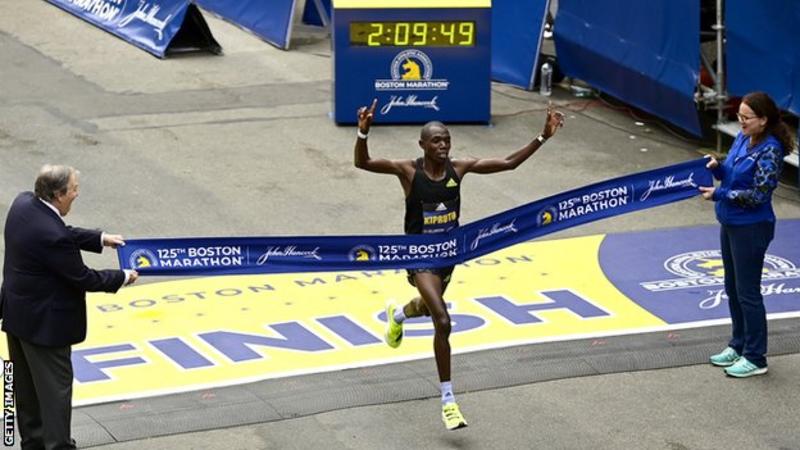 Benson Kipruto won the Boston Marathon on Monday to secure the biggest win of his career, while Diana Kipyogei completed a Kenyan double in the women’s race.

Kipruto’s winning time left him 46 seconds ahead of Ethiopia’s Lemi Berhanu, with the runner-up’s compatriot Jemal Yimer taking third in 2:10.38.

The 27-year-old, who won the Istanbul Marathon last year, moved to the front after 18 miles.

Kipruto, meanwhile, established a lead over the pack by the 23-mile marker in the men’s race after long-time leader CJ Albertson faded and was caught by the pack around Heartbreak Hill.

He adds the Boston title to his win in the Prague Marathon earlier this year and his Toronto Marathon victory in 2018.