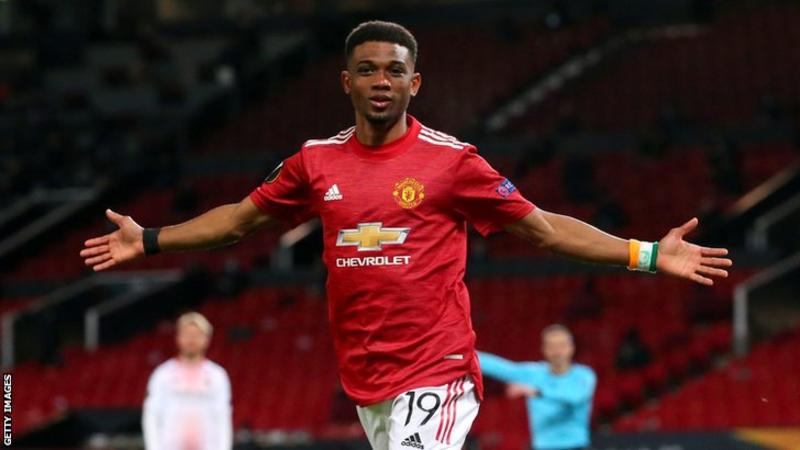 The 19-year-old has played just seven times for the English side since joining them from Atalanta in January.


Several clubs have been linked with taking the young Ivorian on loan including Championship side Sheffield United, who were relegated at the end of last season.

Frenchman Beaumelle believes that such a move would not only help Ivory Coast, as he prepares for the finals in Cameroon, but also the player himself.

“We are four or five months before Afcon and I would love him to play more games,” Beaumelle told BBC Sport Africa.

“When you have talent like Amad Diallo has, he needs to show it and to improve on the field.

The coach added that he is in regular touch with all his players including the likes of Diallo’s United team-mate Eric Bailly and Tottenham Hotspur’s Serge Aurier, both of whom were in and out of their team’s starting line-ups last season.

“Of course I would like them to play more games but to play at Manchester United is not easy,” he explained.

“To play for the country and with the orange jersey, for them it brings a lot of joy and happiness and it’s very important. So I’m sure they will do the job.”

“With Covid it’s (seeing the players in action) very difficult, but I’m used to calling them,” he said.

“Thank God we have the TV so we can follow lots of games from around the world. And as soon as possible, I’ll travel to meet the boys.

“I have to meet to talk with them. Everybody can bring their skill as long as they’re doing well with their club.”

Before the Nations Cup finals the Elephants have six 2022 World Cup qualifiers to play, starting in the first week of September with matches against Mozambique and then Cameroon.

In November there will be back-to-back ties with Malawi, with just one of the four teams from the group stage of qualifying progressing to Africa’s final World Cup play-offs.

Ivory Coast will face defending champions Algeria, Equatorial Guinea and Sierra Leone in Group E of the Nations Cup in Cameroon in January.