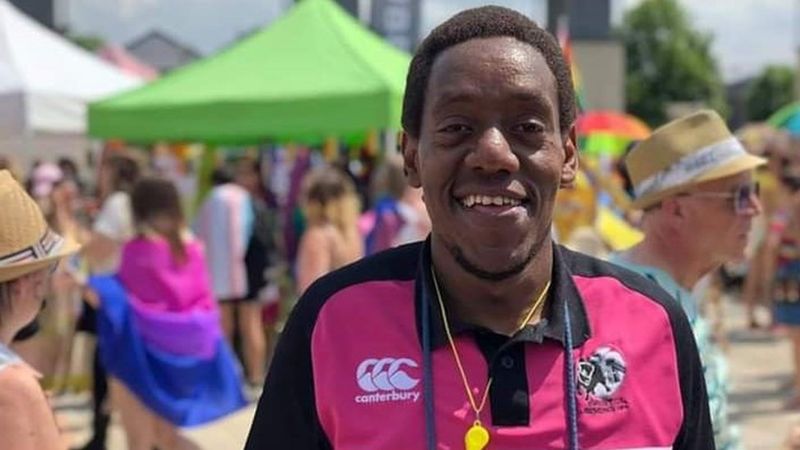 Kenneth Macharia said he would have faced persecution in Kenya for being gay
A gay African rugby player threatened with deportation has won the right to remain in the UK.

Ken Macharia, 41, who moved to the UK more than a decade ago has been granted refugee status.

Without it he feared he could have been sent back to Kenya, where homosexual activity is illegal and punishable with heavy jail sentences.

A campaign was started by the LGBTQ-inclusive Bristol Bisons RFC, where Mr Macharia is a club member.

A judge found he would be at “real risk of serious harm as a gay man” and that his “human rights would be breached” were he to be removed from the UK.

A first-tier tribunal of the immigration and asylum chamber upheld Mr Macharia’s appeal against deportation.


Speaking afterwards, Mr Macharia said: “When I tell people close to me the news, they are jumping with joy and excitement, I put on a smile and pretend to share the same level of enthusiasm.

“I have had my hopes crushed too many times. I can’t help wondering what will go wrong.

“The sadness has not gone away. I used to be optimistic. It will be a while before I am again.

“I am very grateful for all the support I have received. Very many people came to my aid at my time of need.

“The list is very long, some I know, some I don’t. Thanks to each and everyone of you.

“It will take me a bit of time to truly believe this nightmare is over and be at the same level of enthusiasm as you.”

Keep Ken Home campaign
image captionMr Macharia received support from friends and teammates in the UK
Bristol Bisons RFC said: “We are delighted to announce that, after five years of battling with the UK Home Office – a fight which was increased in intensity in 2019 when Ken was threatened with immediate removal from the country – our very own Ken has won his asylum appeal and been granted refugee status.

“We’d like to thank everyone for their continued support throughout the past couple of years.”

Mr Macharia, who lives in Glastonbury, Somerset, feared mob violence or blackmail in the east African nation where the Foreign Office warned gay British travellers that holding hands or kissing in public could lead to imprisonment.