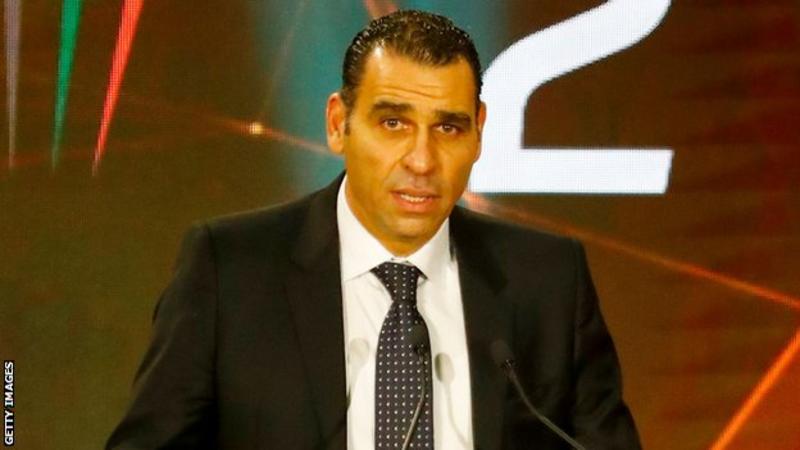 The Court of Arbitration for Sport (CAS) has cleared Algeria’s Khireddine Zetchi to bid for a place on the Fifa Council when Friday’s Confederation of African Football (Caf) elections take place in Morocco.

While Zetchi has received good news regarding his bid to represent Fifa, who failed to fully explain why the Algerian was rejected as a candidate in January, it was not the same for interim Caf president Constant Omari whose ambitions to remain a Council member appear thwarted.

On 26 January, Fifa’s Review Committee declared the Congolese – the subject of an ongoing Fifa ethics inquiry relating to a decision to amend the billion-dollar Lagardere TV contract – ineligible to contest the vote to sit on its Council, which Omari has done since 2017.

Fifa is probing why Caf apparently agreed to buy around $20m of debt owed by a Beninois sports agency called LC2 GROUP to Lagardere Sports, the French company that had been handling Caf’s marketing and media sales until the contract was abruptly cancelled in late 2019.

Under an amendment – signed in early 2019 – to the original 2015 deal between Lagardere and Caf, the latter agreed to pay Lagardere $6.7m for the debt, all of which relates to outstanding TV rights payments, owed by LC2 GROUP.

Caf president Ahmad is also being probed on this matter, with Omari under investigation since he headed up the Caf delegation dealing with Lagardere.

Omari, who returned to being Caf’s stand-in president on Monday after CAS ruled that Ahmad must still serve a ban (albeit now reduced to two years), had appealed Fifa’s decision in vain at the court, who – on 22 February – rejected his request to suspend the global body’s ruling.

“Accordingly, the decision is still in force,” said CAS on Monday. “The CAS arbitration is ongoing. No hearing date has been fixed yet.”

This in contrast to hearings involving Cameroon’s Seidou Mbombo Njoya and Guinea’s Mamadou Antonio Souare, which will be rushed through in a bid to have a decision by Thursday – one day ahead of the Caf elections.

Both Njoya and Souare are hoping to contest the vote for places on Caf’s Executive Committee when the elections take place in the Moroccan capital Rabat on Friday.

Earlier this year, Caf’s Governance Committee rejected the candidacies of both candidates.

“An expedited procedure is in progress and a final decision will be rendered by 11 March,” CAS said of both men’s appeals.

The run-up to the Caf ballots have been dominated by legal proceedings, with one of the most decisive being the decision to maintain Ahmad’s ban – meaning that the coast is clear for South Africa’s Patrice Motsepe to be elected as president unopposed later this week.

In less than 24 hours between Friday evening and Saturday afternoon, all three of his rivals for the Caf presidency – Jacques Anouma (Ivory Coast), Augustin Senghor (Senegal) and Ahmed Yahya (Mauritania) – withdrew their candidacies to support Motsepe in the name of African football unity.