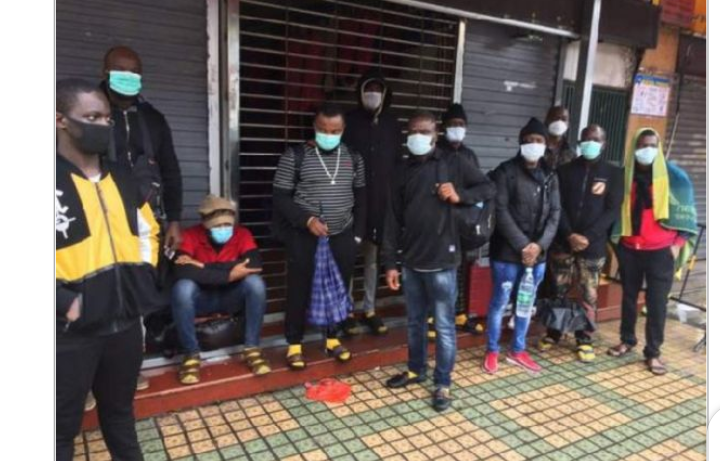 Hundreds of African residents and businessmen in China’s southern city of Guangzhou have been evicted from hotels and apartments as local health officials rollout a testing campaign for Covid-19, community leaders have told the BBC.

Those evicted say they are being discriminated against.

“They are accusing us of having the virus,” said Tobenna Victor, a Nigerian student in Guangzhou.

“We paid rent to them and after collecting rent they chased us out of the house. Since last night we have been sleeping outside.

“They came to my house. They told me to wait after 24 hours for the result, [but] after 24 hours nobody contacted me,” said businessman Lunde Okulunge Isidore, from the Democratic Republic of Congo.

On Tuesday, Chinese official denied online rumours that the virus was spreading in African communities and that parts of the city where Africans reside were under lockdown.

Guangzhou is home to one of China’s largest African communities and has become a hub for African traders buying and selling goods to the continent.

There are rising concerns in China over the increase in number of imported Covid-19 cases, which authorities fear could fuel a second outbreak.


Since March, Guangzhou has required people arriving from abroad to be quarantined for 14 days.